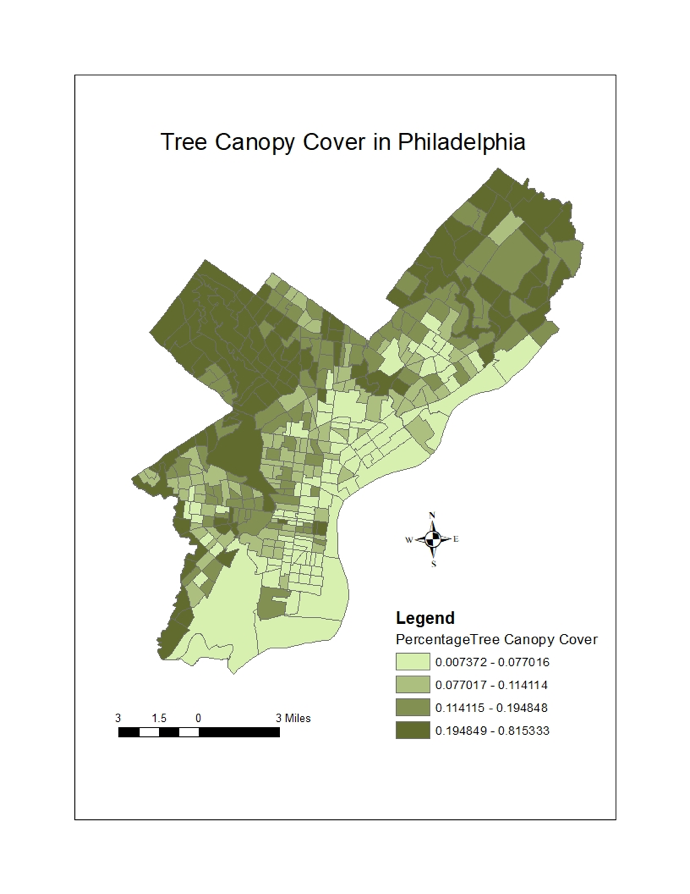 About: I used ArcMap to create this choropleth map displaying the percentage of land in each census tract that is covered by tree canopy in my 2018 Urban GIS course.